In February 2017, Sigma released an all new ROX 11.0 unit, aimed at replacing their aging ROX 10.0 unit. More than just a cosmetic update, the ROX 11.0 is feature packed, and a notable improvement over the ROX 10.0. I've been reviewing the new unit over the past few months, while it's not as fancy as a Garmin it's certainly a no nonsense unit. 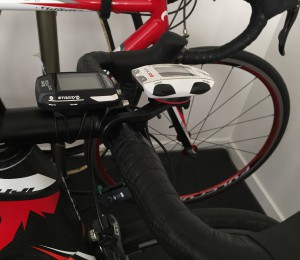 Old vs new... looking silly for the sake of comparison

Before delving into the new software features, the hardware of the ROX 11.0 has been improved over it's predecessor. The device now supports both bluetooth as well as ANT+, and has a longer battery life and more memory. There's enough memory to store more than 50 hours of riding even when recording every second, and the battery life has been bulked up to a claimed 19 hours.

The improved battery and storage mean you can now go longer without charging and clearing memory. In addition, the bluetooth connectivity allowed the ROX11.0 to sync data wirelessly through compatible phones via Sigma Link, as well as display notifications. In my experience while the live notifications was useful, the wireless uploads were slow, each ride would take a couple of minutes. I also couldn't get my Sigma Link app to sync with TrainingPeaks so in the end I preferred using my laptop.

However, having despite my issues with TrainingPeaks, I found these features useful when away from home, especially if there was no stable Wifi connection. I could upload my rides to Strava (via my phone) and view (roughly) how my training/racing went. I'd still need to download my rides after returning home to log them on TrainingPeaks, but I'd imagine if the whole package worked as advertised (and perhaps I just had some teething issues) then this would have been extremely useful for trips away.

In addition, once you've finished a ride, the ROX can also display some useful training metrics such as your normalized power, your TSS and your averages. Again you could view this on TrainingPeaks/Golden Cheetah, but when you don't have access to a laptop it's particularly handy for gauging how your session went. I enjoyed being able to view these stats between stages on multistage days. One criticism was that I couldn't work out how to have heart rate TSS displayed, (the TSS option I found was for power) and I feel that this feature would be useful for those without a powermeter. 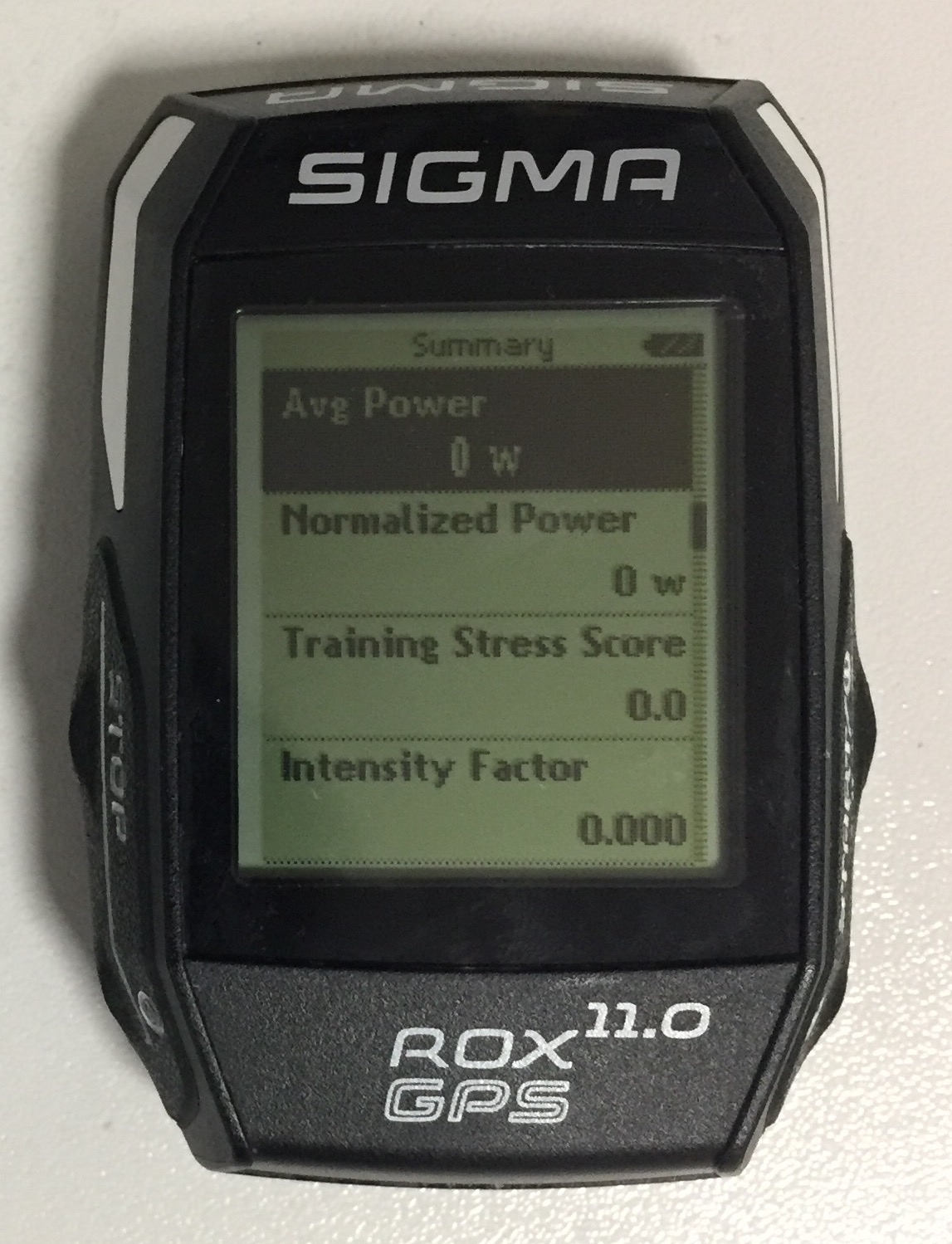 Post ride summary, ROX pretty much displays everything you would want to know, averages, totals etc.

You can now also customise the ROX displays, but only via Sigma Data Center (on a PC or Mac). I found this extremely useful, and doing it on a PC means you don't have to scroll through endless data fields to find the metric you want. You can not only customise the display fields, but you can also customise the size, shape, arrangement and number of fields as well. Sigma provide a lot of templates for data display, and within reason there were no restrictions on how you can display your data. If like me, you like to have a certain metric displayed bigger, and in the top left corner you will appreciate this detail. Stating the obvious, I found this extremely useful for displaying exactly what data I wanted to see. This has been a gripe of mine with the ROX 10, since the customization was much more restricted. 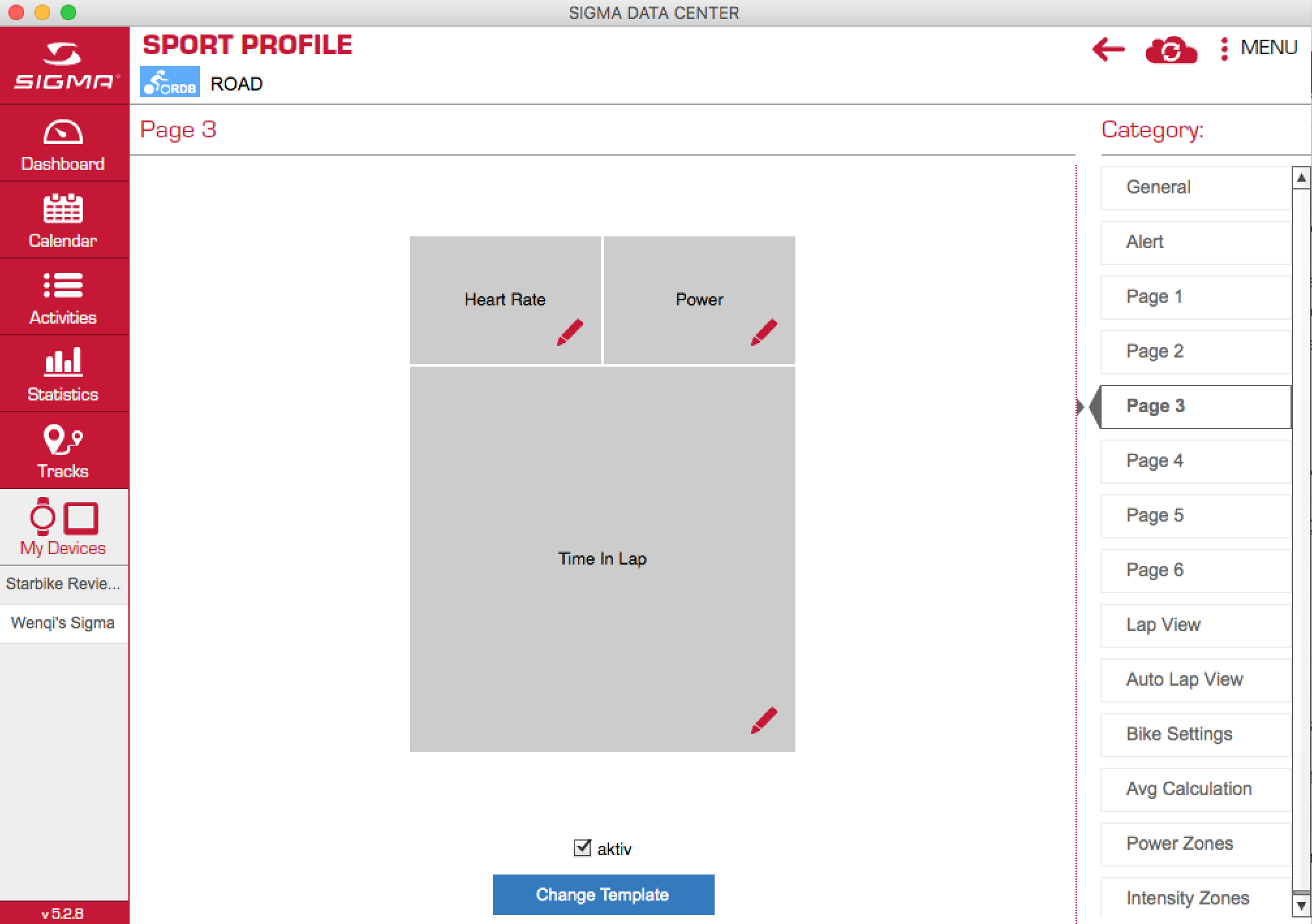 Customising the pages on ROX 11, lots of options and very user friendly

I'm not well versed in how these devices locate a GPS signal, but I've found the ROX 11 to be much faster at locating a signal than the ROX 10. This made the breadcrumb navigation much easier, I wouldn't have to wait 5 minutes to find a GPS signal. It's worth mentioning that navigation with maps isn't supported. Judging by the user interface and relatively low screen resolution, it appears difficult to implement. I would suggest that this would be the most noticeable feature lacking on the ROX, and I suspect Sigma neglected this feature to hit their target price.

Sigma haven't compromised on the screen quality though. The numbers are extremely easy to read and I had no issues with glare no matter what time of day. The front plastic/glass is also reasonably hard so you don't need to worry about it scratching in your bag. I haven't noticed anything that would suggest a cheap build quality.

One annoyance I've had with this device is that it seems to stop displaying external sensor data once you've saved an activity. In other words, if you stop and save a ride and then try to start a new ride you'll be left with no data from ANT+/bluetooth sensors for that ride. Once you restart the device (turn it off and on)  all the sensors work as normal though. Not a deal breaker for me, but just keep this in mind if you also like to keep your warmup file separate from your race file.

Let there be power, heart rate and cadence... Had to turn my GPS off and on mid TT to register ANT+/bluetooth sensors

Sigma also offer the ROX 11.0 as a package with a speed/cadence and heart rate sensor, and I wouldn't hesitate to recommend this option if you don't already have these accessories. Both bundled accessories are dual bluetooth and ANT+, so definitely future proofed. The heart rate strap is very comfortable, and I prefered it over the Garmin strap. The speed cadence sensor is an 'old style' GSC-10 like unit (uses magnets) and I personally favour this over the latest accelerometer based sensors (call me old fashioned). Sigma have designed the sensor well, allowing the speed magnet sensor to be adjusted independently of the cadence sensor, so it should work with all frames. They also flash red/green to signify that the speed/cadence magnets are within range. Through my review period I've found that both accessories performed (marginally) better than the Garmin counterparts they replaced 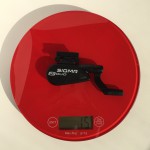 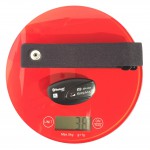 Finally, Sigma moved away from their proprietary mounting system for the ROX 11, and they now use a 'standard' Garmin quarter turn mount. I didn't have any issues with the ROX 10 mounting, but out front mounts for Garmin are far more common, so I welcome this move. I used a Garmin mount with no issues for the whole of the review period. 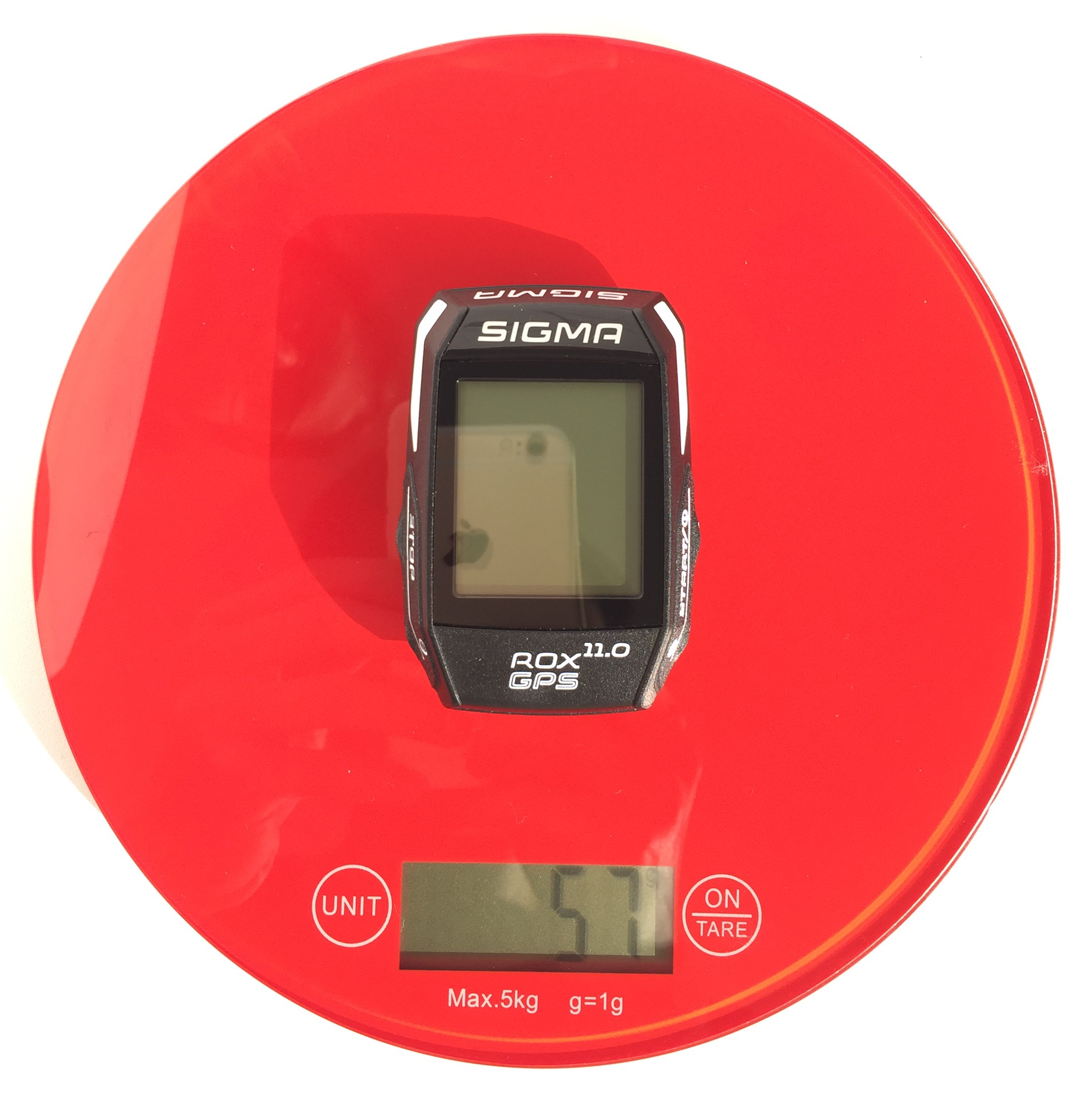 Everything considered, I've been impressed by the ROX 11.0, it's got all the features I need to train effectively and the screen is easy to read mid-race. It lacks the features (and price tag) of a Garmin 520 or Wahoo Bolt, but actually I find it more appealing because of this. Provided Sigma rectify the issues I had with TrainingPeaks and sensors dropping out, I'd consider the ROX 11 as a perfect fit for me. However if you want better navigation and smartphone/trainer integration this computer may be a little lacking. That said, I'm not aware of any options at this price point that offer these features. RRP is $259.99 for the set (tested) or $179.99 for the unit.

I've been a little bad in that I haven't tried using Strava live segments with this device. However it is supported, and I haven't seen anything from the other features to suggest that it's poorly implemented. I'd like to thank Starbike for providing the review sample.