Most seasoned cyclists have a favourite tyre of choice, a tyre which they can rely on, representing the the 'best' compromise of all the characteristics they desire. I'm aware that many of us are not overly fussed with durability, and desire the best road feel. However, for myself, I want to be able to get through a year on one set of tyres. I want a set of tyres that can handle all four seasons, be durable enough for winter and fast enough for summer. Previously, this tyre was the Continental GP4000S. It had decent puncture resistance, and was quick enough for my fast group rides. Some say it feels a little 'dead', and yes it is a little dead compared to tyres such as the Vittoria Open Corsa, but it wasn't any worse than tyres with similar durability. Now that Continental have updated this model, I felt the need to experiment a little with other tyres. Over the past year, I've been testing the Vittoria Rubino Pro 3 tyre, and it's making a strong case as a solid alternative to the GP4000S. 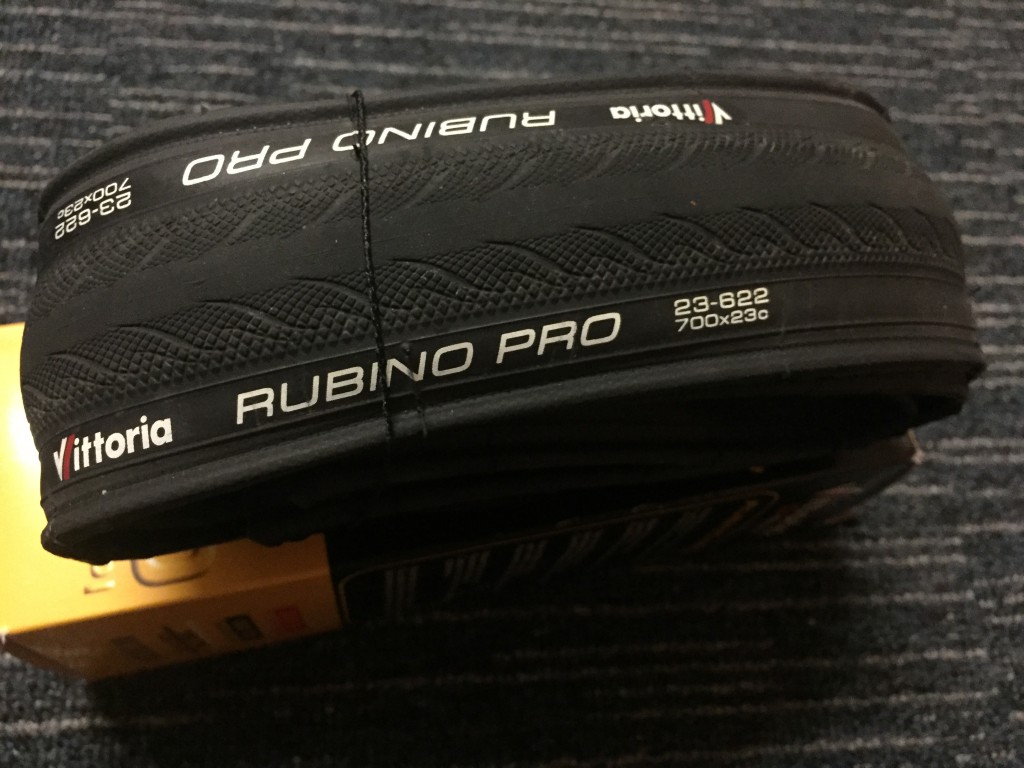 Durability is an important consideration for me. While I don't rack up the same amount of kilometers that the pros do, I train fairly consistently and do want an element of 'set and forget' so I can focus on my training. What this means is that I don't want to be replacing tyres every couple of months, I want at least 6000km from my tyres. The Rubino ticks this box for me, keeping in mind I weigh 60kg so your tyres may wear slower/faster depending on how much you weigh. My point is, these tyres are certainly more durable than the Continental GP4000s tyres, which I usually expect 4000-5000km from. I've included some photos of the conditions of the tyres at 3000km. A few cuts have made their way through, but nothing too drastic, they're certainly fairing better than I would expect from a set of GP4000s. Having said that, it isn't in the same class as the Maxxis Refuse or Continental Gatorskins. I wouldn't class this tyre as a daily hack commuting tyre, the casing is a fair deal softer and I find that I puncture much more often than I would expect than with the above mentioned tyres. 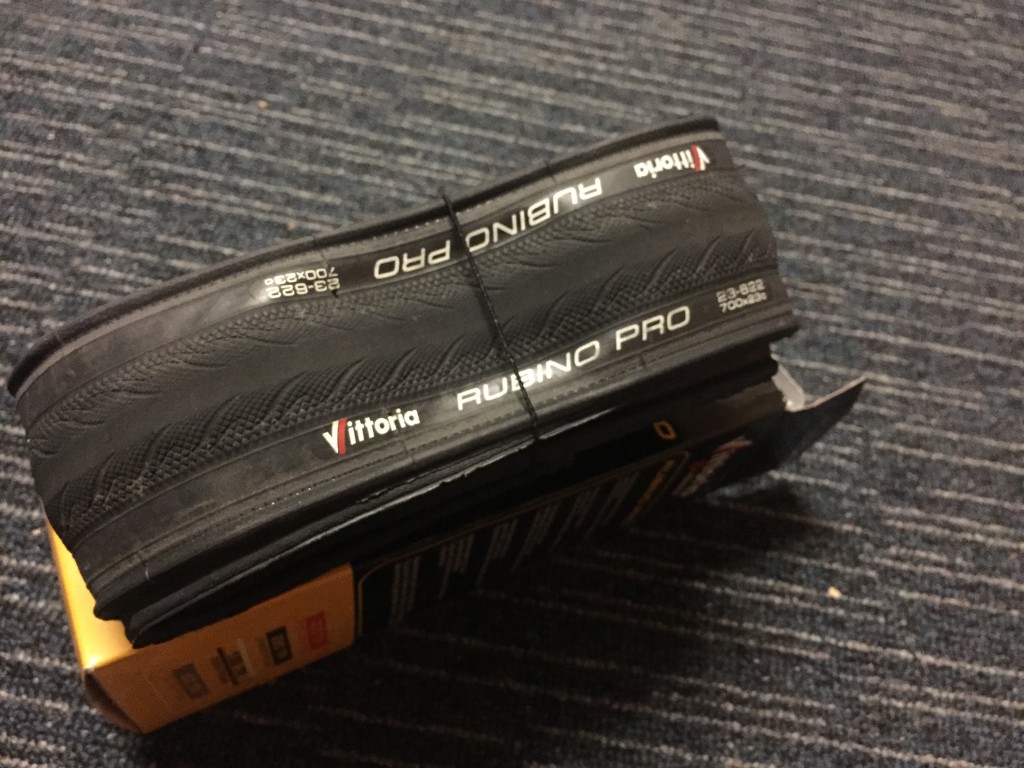 While it may not have the same low rolling resistance as the GP4000s tyres, the Rubino Pro 3 tyres are a good deal cheaper, they can often be found for around half the price of the new GP4000s II. This cost factor may not be such a consideration for some, but it's always nice to save some money, provided the product performs just as well. What do I mean by this? Well, despite being slower, the Rubino Pro 3 maintains a decent level of responsiveness and doesn't rob the bike of all life, like some tyres can (e.g. Maxxis Refuse). In fact, in terms of feel, the Rubino doesn't feel any slower than the GP4000s, it's only when I look at my power data and finding I'm consistently having to put out (slightly) more power for the same times up my local climbs did I begin to suspect something was amiss. It should be noted that that the difference is within error (3w difference in a 300w effort). However, more scientific and conclusive tests (such as Crr tests by WMW on the weightweenies forum) have ranked the Rubino Pro 3 slower than the GP4000s.

Crr tests performed by ruff (WMW) on slowtwitch. Full discussion can be found at: http://forum.slowtwitch.com/cgi-bin/gforum.cgi?post=4412701

I know some would be immediately turned off by the fact that the Rubino tyres test slowly, but as a training tyre it is acceptably fast, especially considering the high levels of feedback given by the tyre. It's not anything groundbreaking, and there's substantially less grip than a pure race tyre (I've worked that out the hard way...). However, the Rubino Pro 3 does offer a huge increase in puncture resistance and durability, and demonstrates that durable tyres don't necessarily have to be 'dead'. As a training tyre, which might get raced on (as a spare wheel on race day) it offers acceptable speed, and dependable puncture resistance.

Flexing the casing with my hands reveals a decently supple casing. Again, it's not very soft compared to high TPI open tubular tyres but it does offer a similar degree of flex compared to Michelin Pro 3 race tyres. This correlates well to how they feel on the road, around the same ballpark as the Michelin Pro 3 tyres. 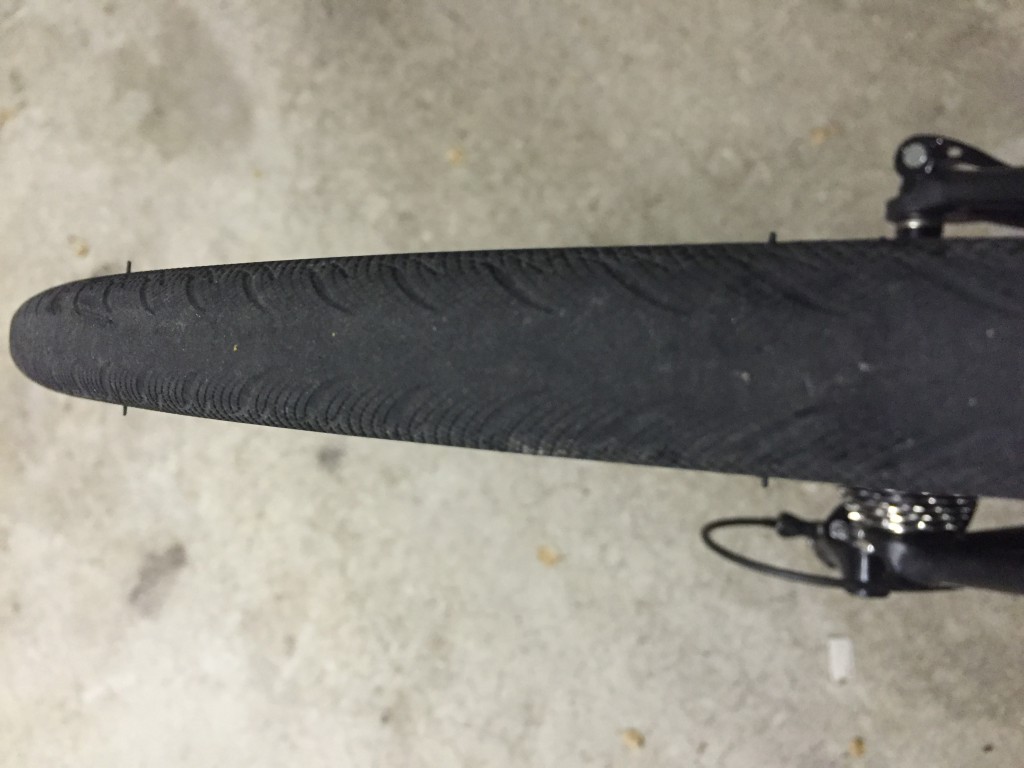 If I had to use only one word to describe this tyre, that word would be 'compromise'. It represents the middle ground, a reliable training tyre, which you can set and forget on your training wheels. If you don't have the luxury of having multiple wheels, or the time to swap to a nicer set of tyres before race day, I'd be more inclined to recommend the GP4000s. If you're not racing, or have a dedicated set of race wheels, the Rubino Pro 3 can do everything you ask of it in-between races. Whether that's a long solo training ride, or a fast group ride the Rubino Pro 3 offers an excellent blend of durability and liveliness.

In my humble opinion, I see the Rubino tyres as a great training tyre. However, it isn't for everyone. It's durable and offers good feedback, but by no means is it fast compared to out and out race tyres. If you're able to accept the durability of the faster race tyres then these tyres don't make a particularly strong case. It's only when you find the durability of these race tyres lacking do the Rubino pro tyres make a strong case. What they don't have in pure speed, they make up for in durability. As a high mileage training tyre, this has got to be one of my favourites.