It's not everyday you come across a novel idea: Ding have produced a light that projects both forwards and downwards! 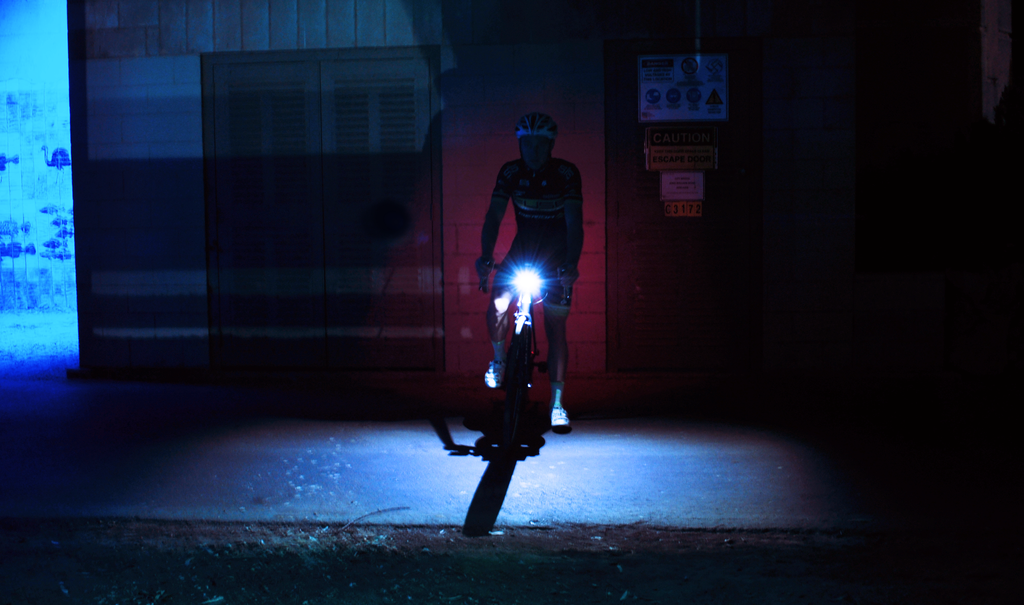 So why am I so excited about this new light? If you’ve ridden at night or in the early hours of the morning without the aid of street lights you’ll know the importance of a good headlight. Ding takes this one step further, not only does the light offer an excellent front beam, it also projects light around you, illuminating obstacles and improving your visibility. 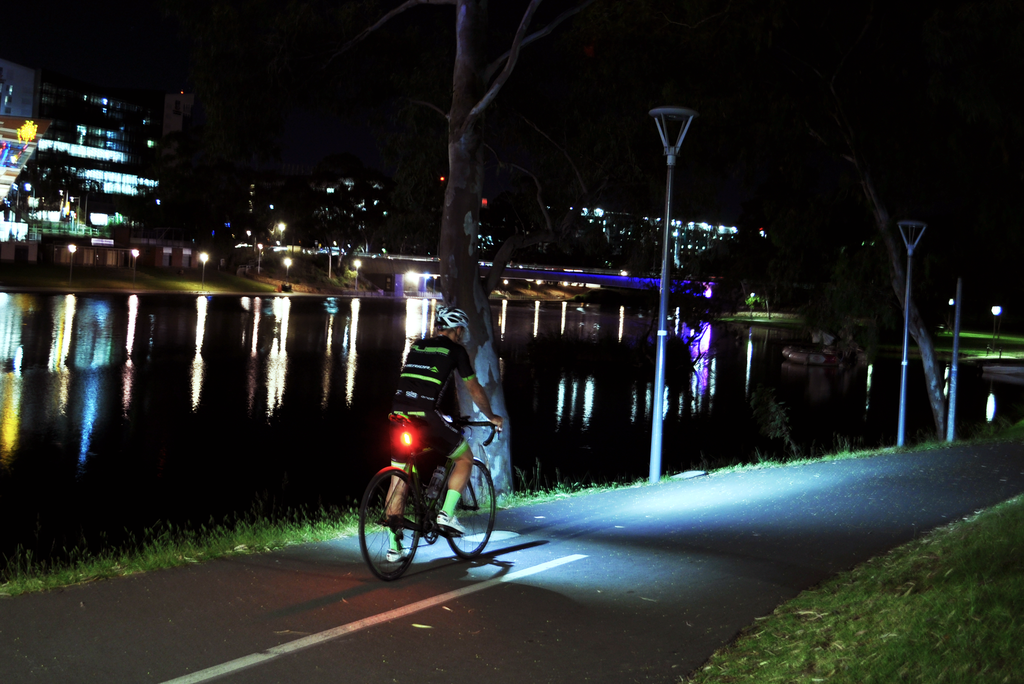 The light itself is a competitive weight with other dedicated front lights, weighing in at 178g, just 2g heavier than the well regarded Supernova Airstream 2 light. In terms of brightness, both lights provided similar levels of forward illumination however Ding eclipses Supernova for side illumination. 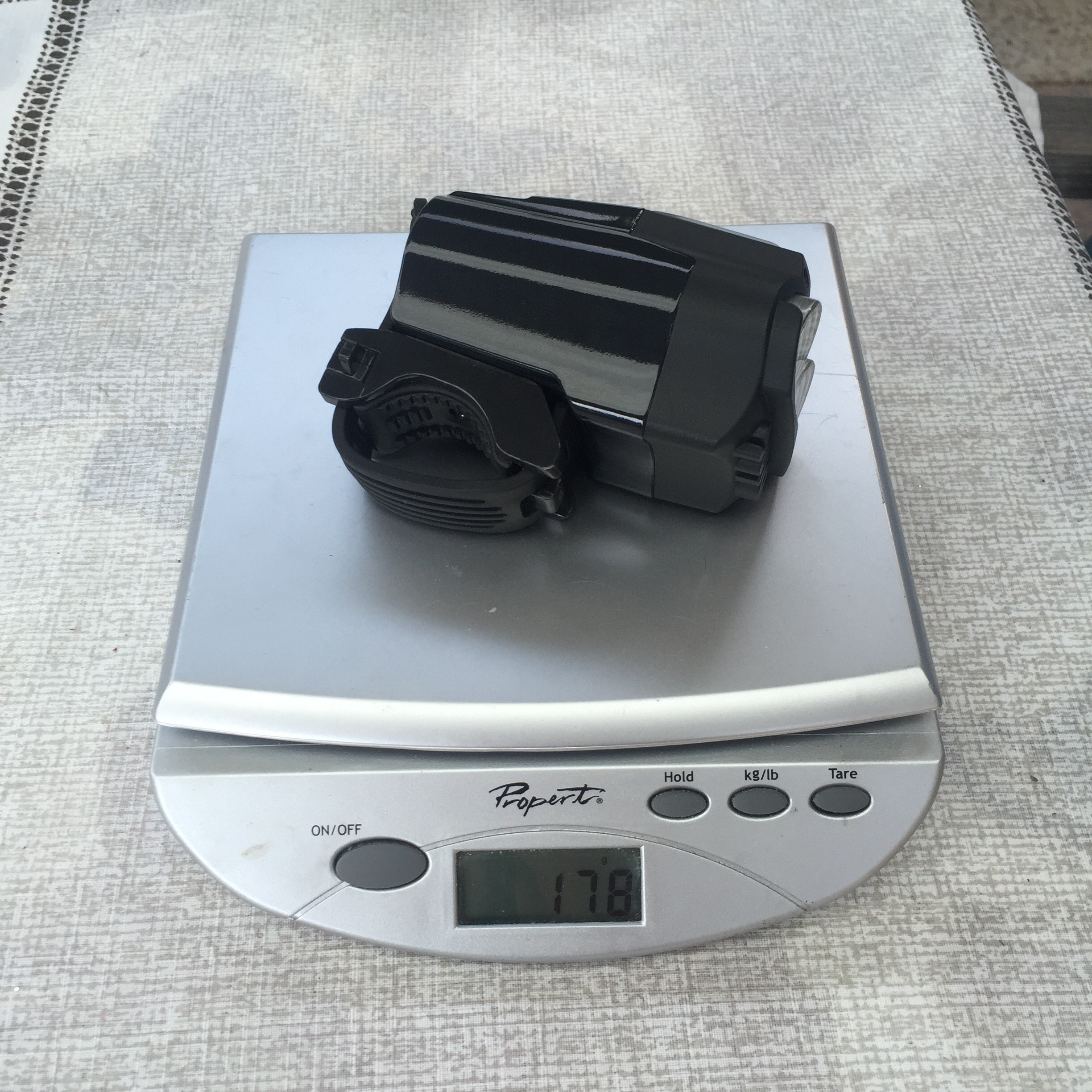 In terms of bulk, this is where the Ding light loses out to the Airstream. The Ding light is much bulkier and is quite difficult to mount under the handlebars of typical road handlebars. Unlike the Airstream, which has a mount which 'lowers' the light under your cables, the Ding light attempts to 'directly' mount to your bars, and competes with your brake/gear cables for space. 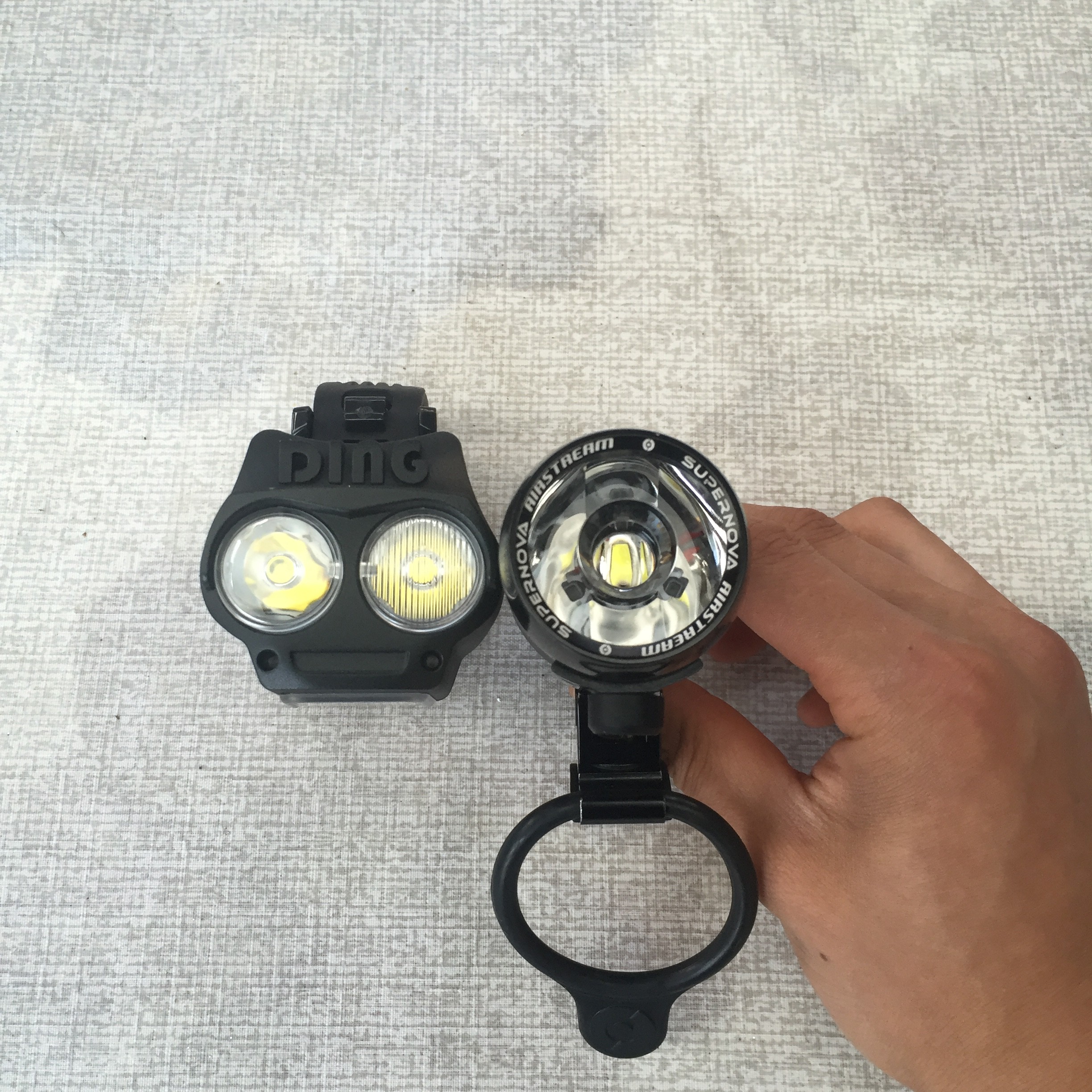 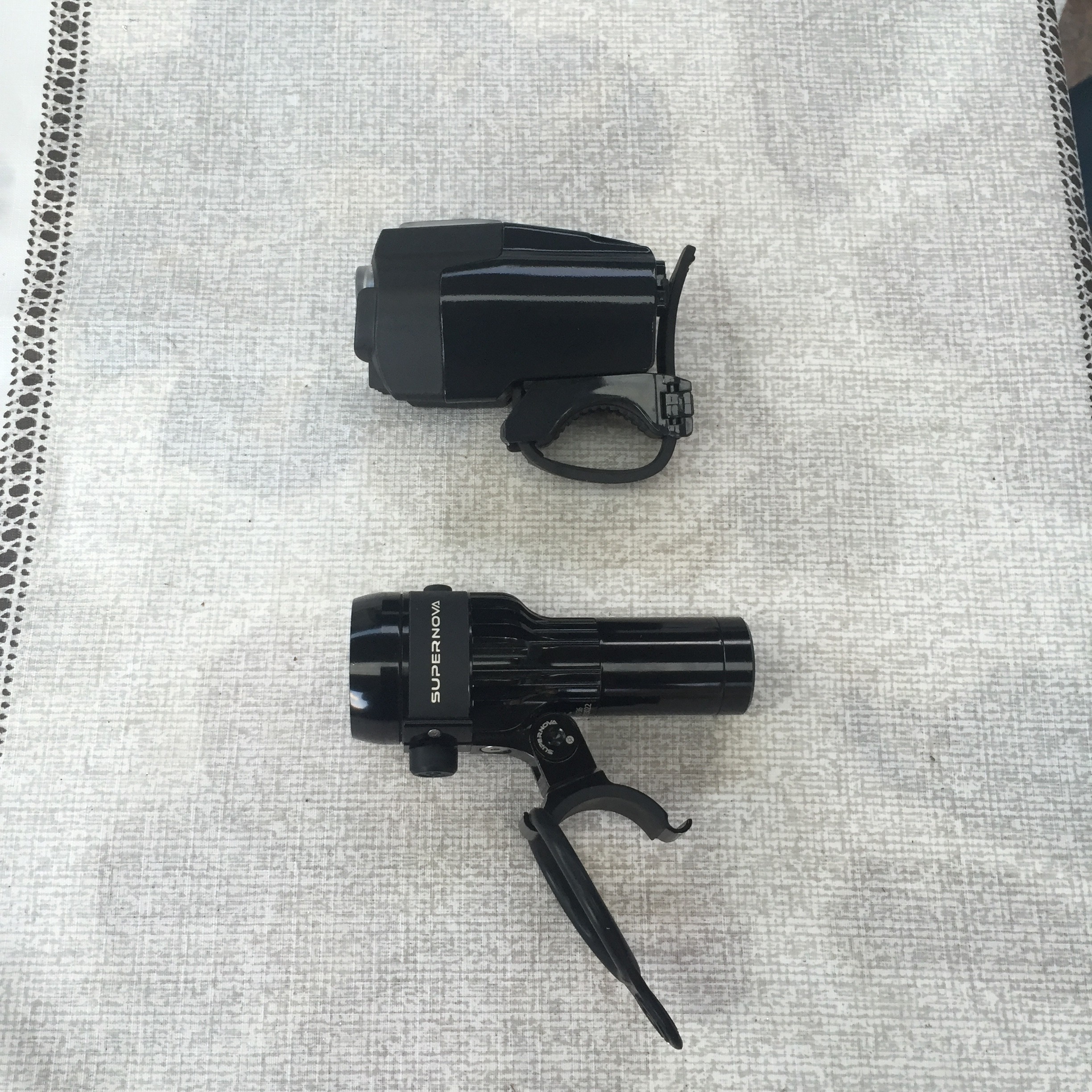 Even though on their kickstarter campaign they claim that this light can be mounted in complete darkness, I found it difficult to mount to 3 bikes of different sizes. The only solution which I found acceptable was the GoPro mount. Due to the downwards projecting light, you're forced to mount the light under your handlebars (or stem), where your cables get in the way. I feel that this aspect of the design was missed by the design team and clearly requires a better approach. 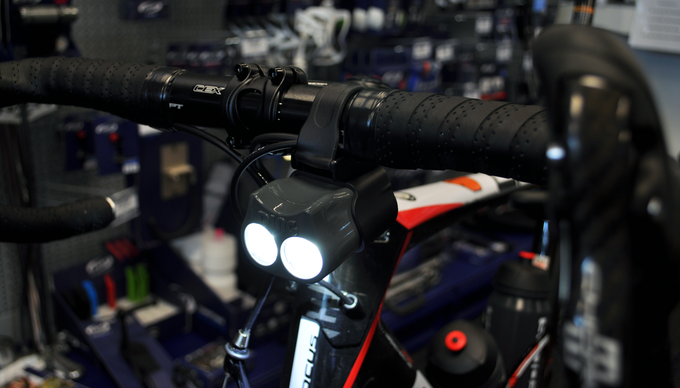 Ding's solution to this issue is just to mount it close to, or over the bar tape, but with my cable routing I still found issues with cable clearance. If I mounted it over the bar tape, away from the cables the downward lighting was asymmetrical, which annoyed me more than it should have. Finally, due to the bulk, you can feel the light next to your fingers when you're riding on the tops, even on 44cm bars.

However, if you have a GoPro compatible Garmin mount, or some sort of BDOP Dashboard Genie (or flat bars with plenty of space) this light will work fine. The GoPro mount weighs an additional 5g, and would be my suggested mounting method. 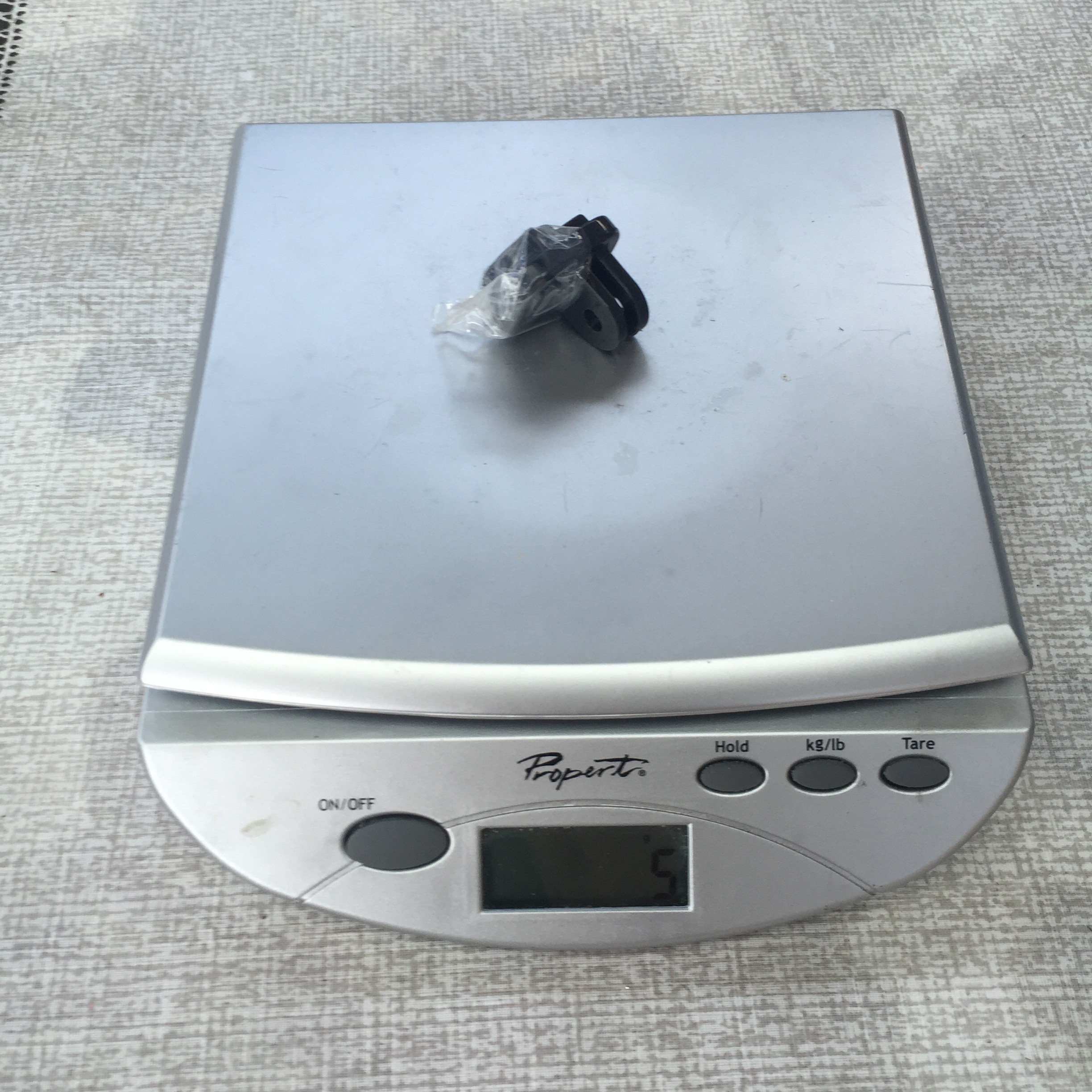 If like me you don't have a GoPro compatible out front mount etc. you'll probably be severely disappointed that this light won't fit your bike, but this light has huge potential to be a market leader, provided they sort out the mounting issues. 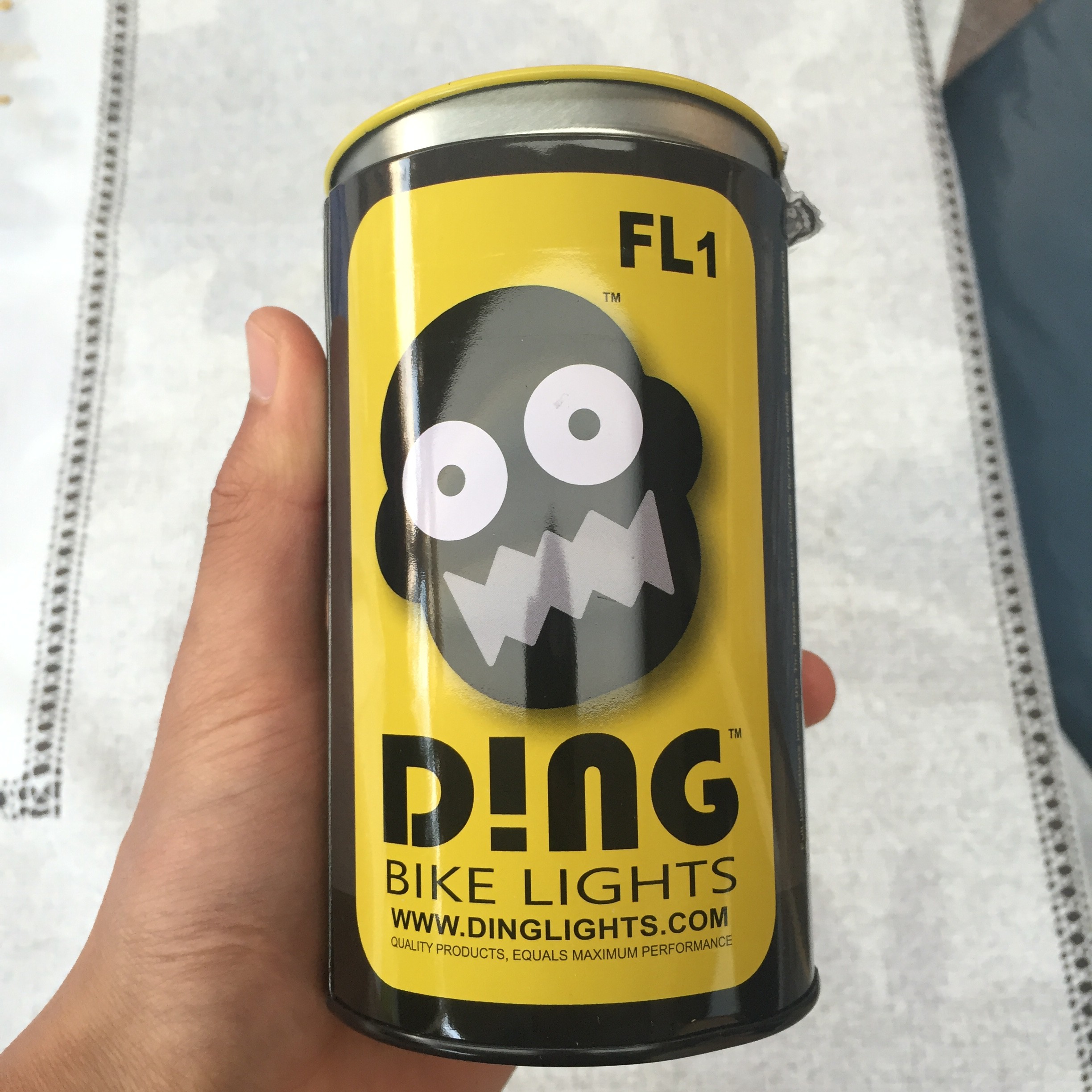 For $120 AUD this light is substantially cheaper than other market leaders and arguably offers better illumination. However, what this light lacks is the big budget testing bigger brands such as Supernova have. Unlike an Airstream I cannot confidently state that this light will fit your bike and perform as advertised (you can mount it on your bartape section but that defeats the purpose of the side illumination).

Finally, my pet annoyance with riding at night is other cyclists users using super bright lights which blind oncoming traffic, and since Ding make no claims about how much light is directed at the ground (vs directly ahead) I can only assume Ding would fail StVZO testing. Still, it's exciting to see new ideas come out, and provided Ding can sort out the above issues, this light will certainly be an excellent product. I'll be following their future developments closely.