The Bright Brewery Tour of Bright (ToB) is considered one of the largest amateur/graded stage races in Australia. Featuring  a time trial and 2 (hilly) road stages, many Australians below national level target the ToB each year. This year I had the opportunity to race in Elite Men's C grade.

Before the race I really had no idea what to expect from ToB. The decision to race was quite a late one, I didn't leave myself very much time to prepare for the alpine climbs in the Bright region. I'm a lighter rider and generally perform reasonably well in hillier races, but the climbs featured in ToB are considerably longer than the climbs I've raced on. Still, I thought it would be a valuable experience to have, and a chance to represent my club at one of Australia's largest graded road races. 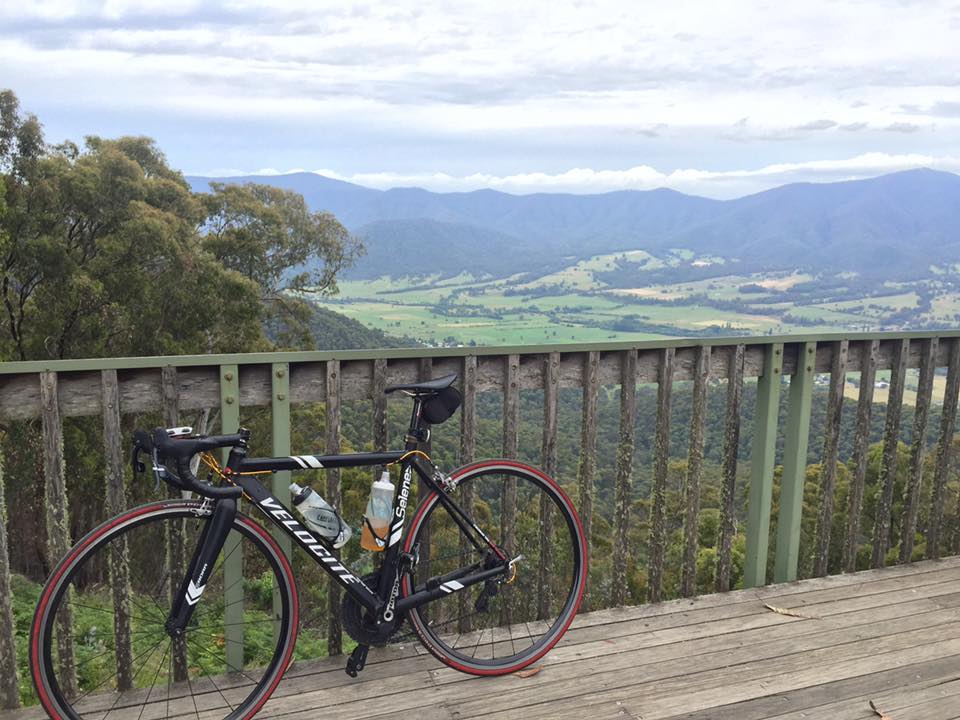 The view from Tawonga Gap

Stage 1 was a short, but hot 13.5km time trial. The course was reasonably flat so it suited a TT specialist, or at least someone with a high 15-20 minute power. I set a goal of finishing the time trial in 21 minutes, but I was a little off my mark finishing with a time of 21:41. I started a little too hard and didn't finish as strongly as I would have liked. The C grade winner's time was a fast 18:39, set by Laurence BASELL of Hawthorn cycling club. 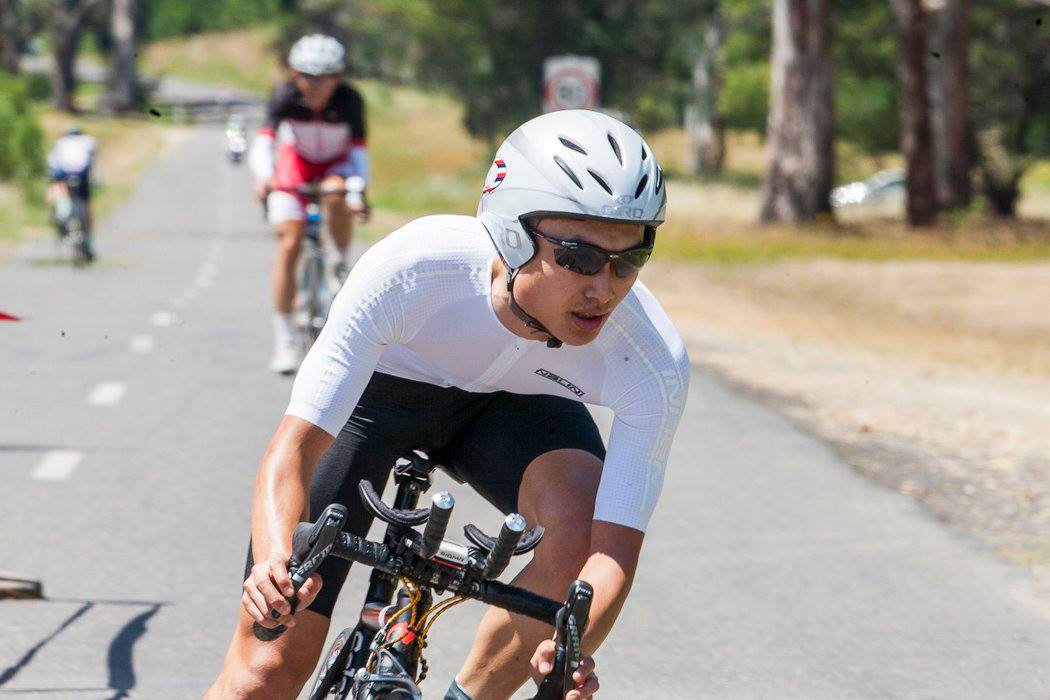 Me taking the first turn. You can view my Strava file here.

The second stage was a hilly, 91km road stage, featuring 2 categorised climbs, Rosewhite Gap (Cat 2) and Tawonga Gap (Cat 1). The bunch was fairly well behaved for the first 30km. I was able to sit in nicely without doing too much work, but at 30km the bunch began to accelerate, chasing down an earlier attack. I wanted to contest the KOM points at Rosewhite, but I was near the back so I spent most of the climb moving up. When I found myself towards the front a small group had gone clear and so I decided to bridge across to them, which in hindsight was quite a foolish move because I went quite far into the red and wasn't able to recover. I was promptly dropped and rode the last ~40km solo. I lost a fair chunk of time, and finished just over 30 minutes behind the stage winner, Liam Garriga of Carnegie Caulfield Cycling Club. I somehow managed to fray my rear derailleur cable somewhere on the ride, luckily it didn't snap until the ride home. I was able to obtain a new cable cheaply at a local bike shop. 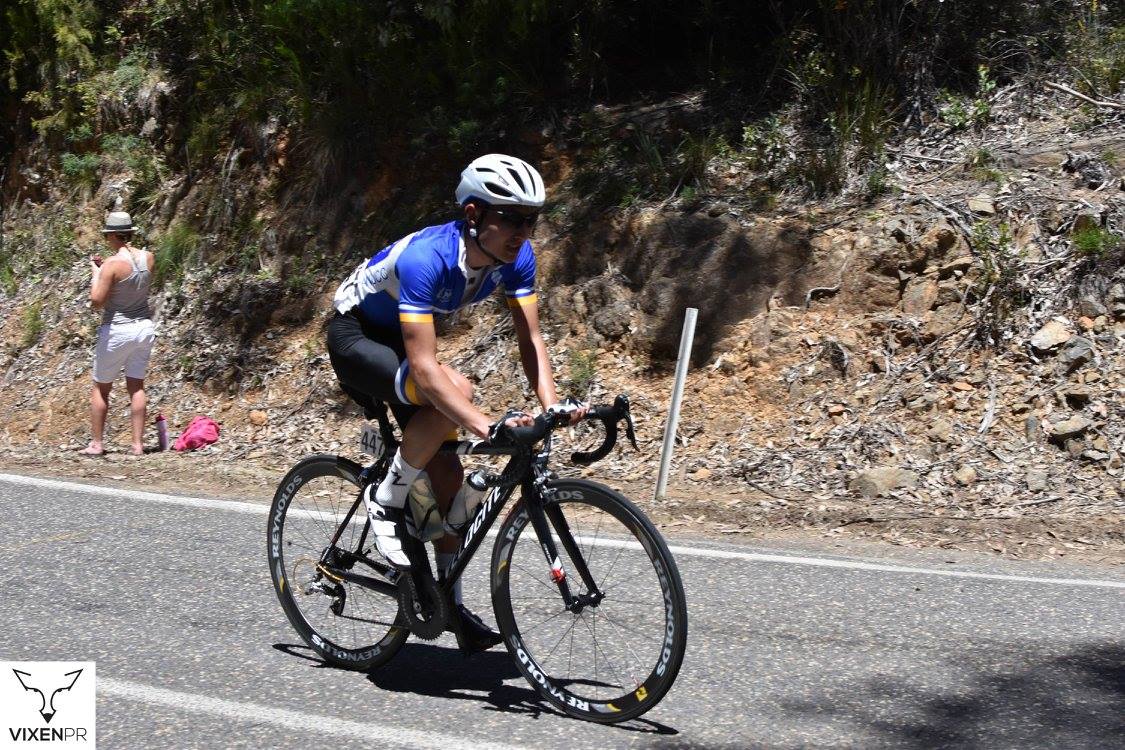 Climbing Tawonga Gap. You can view my Strava file here

The final stage was essentially an ascent of Mt Hotham (1533m elevation difference). I made a decision to try and contest the sprint points, because the points from stage 2 were split, and so a good performance on stage 3 could mean a top 5 in the sprint classification. However, the day started with mechanical issues because my rear derailleur wasn't indexed properly from the night before. Luckily, I was able to select either the 15t or 17t without experiencing ghost shifts. I tried my best to contest the sprints with these ratios but I didn't have the final kick to contest either sprint point. I think a few others had the same idea as me, so the sprints were hotly contested. With the sprints over I decided to stop and fix my indexing for the Hothan ascent. I finished 24:33 down on stage winner Liam Garriga, who also took out the GC honours. I think all the photographers had packed up by the time I made it to the top, so there aren't any ugly photos of me. You can view my Strava file here.

Overall I thoroughly enjoyed my ToB racing experience. Kudos to those who raced and rode the fondo stages, and many thanks to the volunteers and sponsors who made this event possible. For more information about the event click here.