When I first found out that Campagnolo were releasing a new Potenza groupset, which claimed to be a midrange groupset comparable to Shimano Ultegra, I was quite excited. I was expecting something to feature the technology of Chorus, Record and Super Record  However, on closer inspection I was left a little disappointed, I believe Campagnolo could have brought more technology down to this new level.

On first inspection, the group is visually quite similar to the higher tier groups. The 4 arm cranks feature the same chainring interchangeability, and the front/rear derailleurs also (visually) feature the same geometry from Chorus/Record. It would be quite easy to mistake this for an alloy version of the Chours groupset, at least aesthetically. 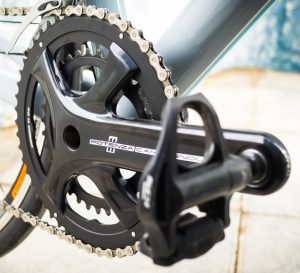 Looking closer at the specifications though, I'm more inclined to see this as a 'rebadged' Athena groupset. It features the same power-shift and power-torque technology as the athena groupset, with a few tweaks. Campagnolo aren't bringing Chorus/Record technology down in price, rather they are updating the existing Athena group with a new name. 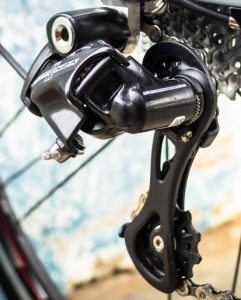 Don't get me wrong, this group isn't all bad.  The new power-torque cranks are an improvement, as they no longer requires a proprietary tool to remove the cranks (it is now self extracting). Still, it would have been nice to have the same ultra-torque design of it's more expensive counterparts. While I understand Campagnolo want a cheaper, less tolerance sensitive, easier to assemble design for OEM, I would still argue that investment into this new power-torque design was wasted. The ultra-torque design is far superior, I would have preferred the old 'classic 'ultra-torque cranks with updated rings. 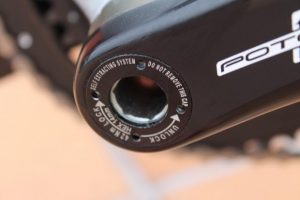 The new cranks are self extracting.

The shifters also take some design cues from the higher end models, but still retain the power shift from the cheaper models. I think this is a huge mistake, as I feel ultra-shift is one of the more desirable features of a Campagnolo groupset. I would have at least liked to see ultra-shift internals for the front shifting, as it simplifies installation and maintenance. For those who've never wrenched ultra-shift, it's a super pleasant system to work on, the front derailleur is extremely easy to set up, and does not require the use of any barrel adjustors - the tension is much easier to get right with ultra-shift. 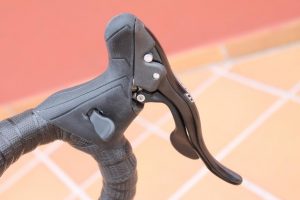 The brakes are essentially the Athena dual pivot brakes. Not too much to say here. 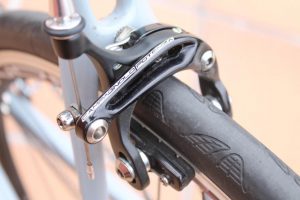 Campagnolo are also offering an 11-32 cassette with this group. This is new for Campagnolo, but SRAM have been doing this forever with their WiFLi. Just like SRAM's WiFLi, you will need the medium cage rear mech option to run this cassette. 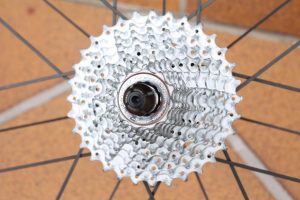 I personally would have liked to see Campagnolo bring ultra-shift technology down a level. If we cast our attention back to 2009, all Campagnolo groups from as low as Veloce featured ultra-shift, so why can't this new group include this feature? Campagnolo have obviously invested time and money to design a new power torque crank, and update the shifters slightly. However I feel this time/money would have been better spent (re)introducing ultra-shift, particularly since the old design (ultra-torque) cranksets were so nice. 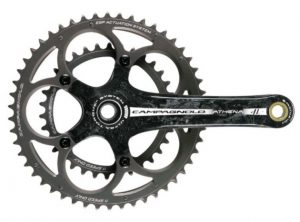 If it were up to me, this new groupset should have featured an alloy version of the current Chorus shifters and derailleurs, along with the old carbon Athena crankset, with updated chainrings.  Unfortunately, all Campagnolo managed to do with this new groupset (assuming they'll keep Athena) is complicate their product line-up, and dumb down their products. Yes it features some new technology, but it features the wrong new technology (e.g. no ultra-shift). Shimano and SRAM are able to bring the key features of their Dura-Ace/Red groupsets down to 105/Rival, so why can't Campagnolo bring Record/Chorus down to Potenza?

Disclaimer: I have not had a chance to ride this groupset, these opinions were formed from reading the press releases of other sites, road.cc, velonews and cyclingtips. The photos used were also obtained from these sites. You can view these original press-release articles at: